Sunshine specialises in wedding and function entertainment and cover all music types and tastes. They are a fully live band with the fantastic David Wright providing lead vocals. Sunshine is one of the most experienced wedding bands around and has successfully provided first-class entertainment to hundreds of brides and grooms on their special day as well as at a number of Young Farmers functions and various other events across the country. With Sunshine, you get a full professional service from start to finish. 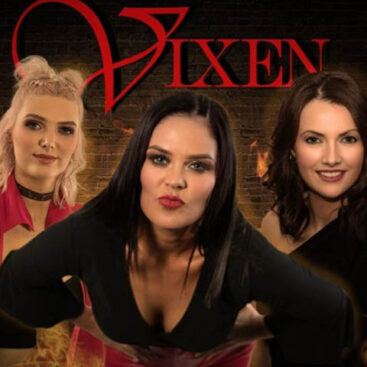 The arrival of Vixen has created a fresh buzz around the country for this fresh and funky three-piece vocal harmony group fronted by the charismatic Jamie Brown. Jamie has many years of experience working in all-girl groups and also spent three years singing around Spain, Cyprus and Greece as the leading female vocalist for a touring roadshow! Jamie is joined by Caitlin McClurg. Caitlin has recently been treading the boards in The Grand Opera House playing the lead role of Sandy in Grease. She not only brings her vocal expertise to the group but also keeps the girls on their toes with her choreography skills. Last but by no means least, Sarah Beattie. Sarah brings a wealth of experience of the pub and club scene not just in Ireland but also internationally as well. Her professionalism, fun personality and amazing vocals are the final piece of the jigsaw for this exciting female group. Fresh from their recent appearance as the chosen support act of The Vengaboys, the girls have reached new levels of on-stage excitement which has them in high demand up and down the country and beyond! They have one of the most diverse repertoires of any band in Ireland with music ranging from the 50s to now! Vixen is sure to any party started!